Your browser does not support JavaScript!
A Study Reveals Gas-powered Vehicles Are More Eco-Friendly than Electric ones 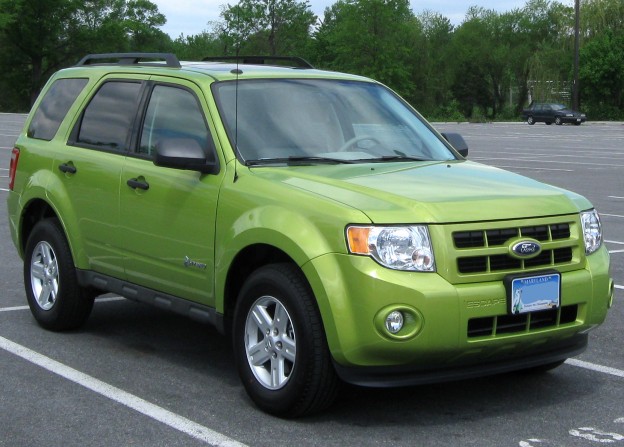 The study concluded that on an average per mile, gas-powered vehicles were half a cent beneficial to the environment than electric ones. As a matter of fact, the study states the importance of surroundings that affect an environment. For instance, in Los Angeles, electric vehicles performed 3.3 cents better per mile than gas-fueled ones. On the contrary, gas-powered cars performed 3 cents better than their counterparts when tested in Grand Forks, North Dakota.

As per the Washington Examiner, an electric vehicle definitely lowers air pollution, but the power has to come to fuel its engines. And, in this case, the power comes from power plants that run on coal.

“Rather than simply accepting the assertion of environmental benefits from electric vehicle use, this paper conducts a rigorous comparison of the environmental consequences of gasoline and electric powered vehicles, specifically by quantifying the externalities (both greenhouse gases and local air pollution) generated by driving these vehicles,” the authors of the study wrote.

“Because electric vehicles, on an average, generate greater environmental externalities than gasoline vehicles, the current federal policy has greater deadweight loss than the no-subsidy policy,” authors mentioned in their study.

The authors of the study believe that the government should tax vehicles on a per-mile basis for curbing carbon emissions.

The authors also emphasize that this is an important distinction, especially when taking into account the federal government that pays a $7,500 subsidy for every electric car purchased.

The study was carried out by four business and economics professors, including Erin Mansur of Dartmouth College, Nicholas Muller of Middlebury College, Stephen Holland of the UNC Greensboro and Andrew Yates of UNC at Chapel Hill, according to the Washington Examiner.

Vehicles have always been a prime source of carbon emission. As per a study, automobiles account for nearly 15% of Europe’s total CO2 emissions. According to a report that was released by a Transport and Environment NGO, Germany and Poland have been listed as the countries having the highest CO2 emissions. Even the motor vehicle tax policies in these two countries are the weakest.

In order to check the raising level of CO2 in Germany, the country’s environment agency slammed the German automobile sector. The agency stated, “The German transport sector needs to step up efforts to combat climate change.” The agency blamed that the high rise in CO2 emission is because of a trend of owing more powerful and heavier cars and an increase in freight transport through road.

According to German’s Federal Environment Agency (UBA), the area’s transport sector—the only sector that has not managed to meet carbon emissions standards compared to 1990—accounts for almost a fifth of the country’s overall greenhouse emissions.

“Because more and more freight is being transported by road and the trend is going towards heavier cars with more horsepower, more economical engines have served little purpose for climate protection,” said UBA president Maria Krautzberger.

As the number of goods transportation by road has increased by a third between 2000 and 2013, the agency demanded more freight transport to be made through rail and ships. The agency is also planning to extend a road toll on Lorries and vehicles that are heavier than 3.5 tonnes.

And due to all these developments, the transport sector is obliged to cut CO2 emission by 10 million tonnes by 2020 under a climate action program that was laid by the German Government last December.

This time Honda chooses its high-tech research laboratory in Silicon Valley to unveil its technology-packed 2016 Honda Accord instead of traditional car debut venues, i.e., Los Angeles, New York and Detroit. The company is the first major automaker to introduce a high-volume model of a car in Silicon Valley.

The Japanese automobile manufacturer used the event to unveil the latest Accord model, marking the grand opening of its sprawling 35,000-square-foot research and development center in Mountain View. The lab has been built with an aim to proliferate research on Internet-connected cars, in-car apps and others.

As far as the new model of Accord is concerned, it will be the first Honda model and first high-volume car to feature Apple Car Play® and Android Auto™. The company will reveal about pricing and fuel economy later this year. It is also loaded with Honda Sensing™, which helps driver reduce workload and avoid the severity of a vehicle collision. This feature is a future to the highly automated cars.

With the grand launch of the Accord Model, the automaker has also announced to open a new innovation R&D initiative—Honda Accelerator—to provide resources for breakthrough technology innovators to enhance the automotive experience.

Further, the Honda’s Silicon Valley is focused on researching and prototyping game-changing innovations. It is now concentrating on the concepts of novel human-machine interfaces, connected mobility, and supporting-developing apps through Honda Developer Studio and computer science research for enhanced vehicle intelligence.

“As an industry, we are on the verge of some major transformational changes brought on by the convergence of what have been, to this point, largely disparate technology disciplines,” said Honda R&D Americas President, Frank Paluch. “Honda will embrace and help lead this convergence. Our operations in Silicon Valley are a testimony to our focus on this new direction in our product and technology development efforts”, he added further.
Skipping typical new car debut venues such as Detroit, Los Angeles and New York, Honda unveiled its latest Accord model Thursday at a high-tech research laboratory in Silicon Valley.