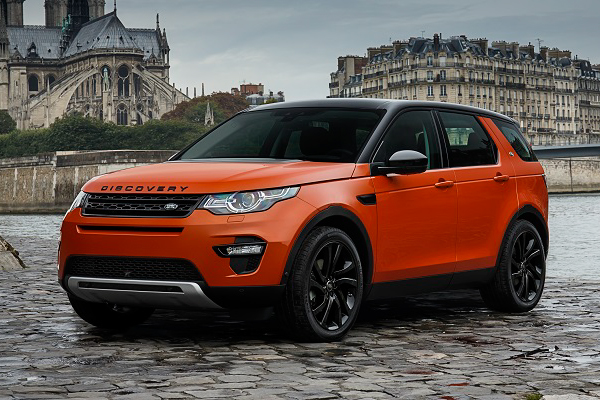 The latest Discovery Sport 2.0-litre four-cylinder Ingenium engine is now available in basically two states of tune, with either 148bhp or 178bhp. With increased efficiency and more kinetic powers, the new Land Rover Discovery Sport is now attracting so many SUV lovers have found the SUV with a 6-speed manual transmission installed as standard fixture.

A 9-speed automatic gearbox is an optional installation for the higher-powered series of Discovery Sport that offers increased 5+2 optional seating facility in combination with the increased powerful 178bhp engine. In addition, the Ingenium diesel engine is also known for its higher efficiency to lessen running cost, as the new car is now capable of 57.7mpg and 129g/km of CO2 with its best effectual system Moreover, the service breaks have also been stretched to 21,000 miles from the previous 16,000 miles.

With so much popularity with the SUV lovers, Land Rover’s new arrival has received more than 6000 orders in UK so far. And the deliveries are expected to complete by the end of September this year. Along with Discovery Sport Ingenium diesel engine, Land Rover has also introduced a new flagship HSE Black in the series.

Major automobile giants are planning to launch a fleet of hydrogen-fuelled vehicles in response to the burgeoning advocacy of cost and fueling infrastructure. Toyota, Honda, Hyundai, and Daimler are among the leading carmakers who are taking this initiative by the end of this year, though they are now planning for small-scale production volume this time.

Hydrogen has emerged as the most preferred and cleaned fuelling option for the future as it is easy and affordable to produce. But some of the automobile experts believe that hydrogen-fuelled vehicles may get obstacles in gaining popularity just because of fuel cell stacks. Very few hydrogen filling stations are available across the globe – and it makes the newest alternate still expensive to produce. But if we look at their efficiency, a full tank of hydrogen fuel can drive you hundreds of miles.

In addition to the reasons discussed above, worldwide campaign for promoting green energy has also triggered the inevitability of hydrogen fuel or FECVs. Numbers of nations across the globe are taking the agenda on their top priority by rolling out relevant projects in their countries.

In order to provide the infrastructure for hydrogen fuelling, the European Union and other developed nations are coming together to accumulate funds to develop filling stations – though the plan is still lacking firm resolution.

In line with promoting green and cleaned energy resources, some supermarket giants have also shown their interest in installing infrastructure for the green energy. Major UK supermarket chain Sainsbury’s has initiated its move towards promoting hydrogen-fuelled vehicles by installing a new ‘SmartFuel’ station at its Hendon store in North London.

“It is not so much a ‘chicken and egg’ situation, more like “an omelet which needs to be served properly,” says Robin Hayles, sustainable fuel development manager at Hyundai UK.  “The hydrogen car is only a tiny part of the story,” he added. “Hydrogen is a renewable energy that can be used in housing and business in the future. The key is the development of an infrastructure.”

However, if the cost of the hydrogen-fuelled vehicles is affordable, and filling infrastructure is in place, it would be really an amazing alternate to the conventional polluting fuel options petrol and diesel. 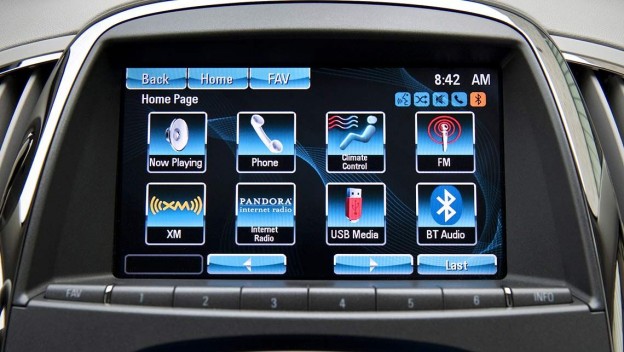 In line with introducing high-end applications in the latest cars, almost all brands are agile on adding advanced internet radio app Pandora in their cars, with Hyundai introducing the same on the updated i30.

Previously, some other automobile brands – Ford, Mazda, Holden, and Subaru – have already made the service available in their cars. But the new application can consume more of your mobile phone internet plan, if it streams music online.  Rick Gleave, director of automotive partnerships Pandora, says that it all depends on your hand-held device or your smartphone’s settings that how the radio app can consume the internet data; generally it streams at 32 to 64 kbps.

He further adds that Pandora users generally utilize the application in their car for only 6 hrs per month, which costs them only 84MB in a month.

But the valuation assessed by Mr. Rick Gleave appears to be unclear a little. Auto-experts believe that it will consume approximately 560MB per month, if you are using the application on a 2-hr round-trip travel. And once your consumption goes out of the given limits, you will pay an arm and a leg for your mobile internet plan.

Instead of its amazing experience, the internet radio app Pandora may cause a blow to the car owners, if it is not used properly.