Your browser does not support JavaScript!
Fuel Cell Electric Vehicles (FCEVs) Likely to Take to the Road Soon 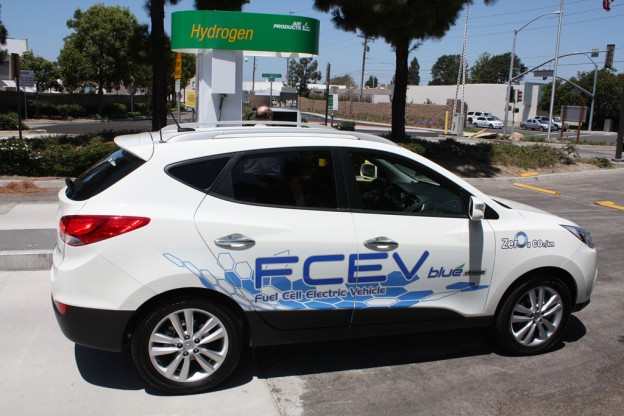 Major automobile giants are planning to launch a fleet of hydrogen-fuelled vehicles in response to the burgeoning advocacy of cost and fueling infrastructure. Toyota, Honda, Hyundai, and Daimler are among the leading carmakers who are taking this initiative by the end of this year, though they are now planning for small-scale production volume this time.

Hydrogen has emerged as the most preferred and cleaned fuelling option for the future as it is easy and affordable to produce. But some of the automobile experts believe that hydrogen-fuelled vehicles may get obstacles in gaining popularity just because of fuel cell stacks. Very few hydrogen filling stations are available across the globe – and it makes the newest alternate still expensive to produce. But if we look at their efficiency, a full tank of hydrogen fuel can drive you hundreds of miles.

In addition to the reasons discussed above, worldwide campaign for promoting green energy has also triggered the inevitability of hydrogen fuel or FECVs. Numbers of nations across the globe are taking the agenda on their top priority by rolling out relevant projects in their countries.

In order to provide the infrastructure for hydrogen fuelling, the European Union and other developed nations are coming together to accumulate funds to develop filling stations – though the plan is still lacking firm resolution.

In line with promoting green and cleaned energy resources, some supermarket giants have also shown their interest in installing infrastructure for the green energy. Major UK supermarket chain Sainsbury’s has initiated its move towards promoting hydrogen-fuelled vehicles by installing a new ‘SmartFuel’ station at its Hendon store in North London.

“It is not so much a ‘chicken and egg’ situation, more like “an omelet which needs to be served properly,” says Robin Hayles, sustainable fuel development manager at Hyundai UK.  “The hydrogen car is only a tiny part of the story,” he added. “Hydrogen is a renewable energy that can be used in housing and business in the future. The key is the development of an infrastructure.”

However, if the cost of the hydrogen-fuelled vehicles is affordable, and filling infrastructure is in place, it would be really an amazing alternate to the conventional polluting fuel options petrol and diesel.